Rab Dzair, one of Algeria’s fabricated myths fell a few weeks ago when Bouteflika, or whoever is deciding in his name, dismissed General Toufik. More pictures and even a video footage of the head of the DRS finally emerged and people got to know how the man looked (I am not speaking of the old images). The myth fell once more with Toufik’s short letter in the press showing his helplessness.

But today’s post is not about this once invisible man. It is about another police officer who became famous in the 80s because of his activities and also because of his invisibility. I am of course speaking of Mohamed Lazouni, aka الشّرطي المخفي (Shorti Makhfi – the invisible/hidden cop) who, let’s admit it, unlike General Toufik, brings back good memories and didn’t harm the Algerian people. END_OF_DOCUMENT_TOKEN_TO_BE_REPLACED

Tomorrow we will celebrate the 61st anniversary of the Algerian Revolution. I used to dedicate a post to this occasion with a link to a song or a poem. This time will be different as I am taking this opportunity to finish this book review draft and post it.

The Algerian Revolution was the final step taken by the Algerian people towards their independence. All the armed and peaceful resistance actions taken since the French invasion in 1830 paved the way for the glorious War of Independence. The resistance movement led by Emir Abdekader was a major episode even though it ended with the prince surrendering to the French who imprisoned him and his followers in France instead of sending him to today’s Turkey, Syria, Egypt or KSA as was agreed between the Emir and the Duke of Aumale. And this is where Amel Chaouati’s book comes in. 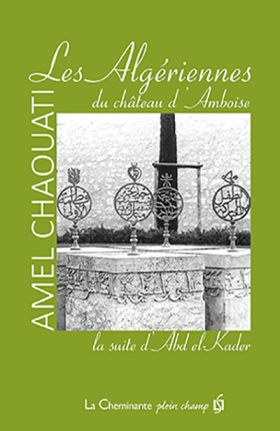 Many books have been and are written on Emir Abdelkader but only a few speak of his 97 followers (including 21 women and 15 children and babies) and I don’t remember reading any which relate the story of the women amongst them during his detention period in France (three months in Toulon, four in Pau and four long years in Amboise). Chaouati tried to tackle this aspect.

I admit I was more sceptical when I bought the 1500 DZD worth book than when I started reading this one. I wondered what the author would have to say knowing the scarcity of historical sources. And I was right, there was little material to fill the 204 pages of the book except that the author chose a different perspective.

END_OF_DOCUMENT_TOKEN_TO_BE_REPLACED

All lovers of Algerian Chaabi music must know the Algerian mandole for this instrument is a must in any decent Chaabi performance. It is also used in Kabyle Chaabi or traditional music and in Andalusian music as well.

The Algerian mandole was created in 1930 by a luthier named Bélido after an order by and following the recommendations of Algerian Chaabi master El Hadj Mhamed El Anka. Now it can be found in 4, 5 or 6-course versions. The picture shows a 4-course version held by Algerian luthier Rachid Chaffa who made mandoles for some famous Algerian artists such as Guerrouabi, Amar Ezzahi, Boudjemaa El Ankis, Takfarinas and Maatoub Lounas.

END_OF_DOCUMENT_TOKEN_TO_BE_REPLACED 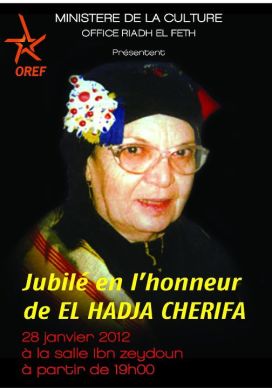 This morning, as I checked the Algerian Radio website, I read the sad news of Cherifa’s death at the age of 86. I spoke in a previous post about how only death seemed to make us realise the dead was noteworthy, and I believe that I should have written about Cherifa earlier.

Cherifa-n-w-Akbou, whose real name was Ouardia Bouchemlal, wasn’t really from Akbou as many had thought; she was indeed born in the wilaya of Bordj Bou Arreridj and moved to Akbou only when she was a teenager. Her Wikipedia entry [Fr] says enough things which I don’t have to repeat here.

END_OF_DOCUMENT_TOKEN_TO_BE_REPLACED 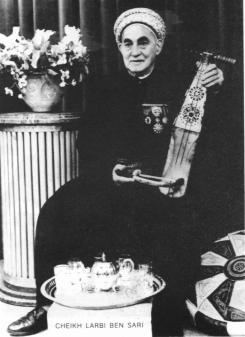 It has been long since I last mentioned the Andalusian music on this blog, which is a shame as it is my preferred music style besides Algerian Chaabi.

Cheikh Larbi Bensari was born in Tlemcen between 1863 and 1872 and soon became the city’s style master.

He began his active life as an apprentice barber but soon switched to music and trained under Cheikh Boudhalfa’s control. He learned to play the violon, the mandolin, the gnibri and the rbeb; and sung several Andalusian styles such as the Gharnati, Hawzi, Sanaa and 3rubi. Apparently, he even sung in Kabyle. END_OF_DOCUMENT_TOKEN_TO_BE_REPLACED

You may have noticed that most of the people in the Noteworthy Algerians section are dead. The ratio so far is 25 dead to 6 alive. Perhaps a whole life is needed before someone can be considered noteworthy. This post about Dr. Nidhal Guessoum is an attempt to balance things.

Azzedine Meddour was born on May 8th, 1947 in Sidi-Aich, Bejaia, and there he completed his primary and secondary schooling.
He studied French Literature at the university of Algiers and then went to Moscow to study cinematography in the oldest film school in the world, the VGIK. There he met and married Russian Erina in 1977. They had two daughters. END_OF_DOCUMENT_TOKEN_TO_BE_REPLACED

One of the reasons why I liked Orhan Pamuk‘s famous book My name is Red, which I mentioned here, was the fact its main characters were Ottoman miniaturists who viewed their art, philosophically, as the perfect art; and who competed with their Persian counterparts and European painters who practised a different art.

In Algeria, and perhaps in most parts of the world, we cannot think of the past century’s art of miniature without mentioning Mohamed Racim (Wiki [En], [Fr]), the father of Algerian miniature.

Mohamed Racim (born 24 June 1896, Algiers – died 30 March 1975, Elbiar, Algiers) was born into an artists family. Both his father and uncle owned a wood-carving and copper-working workshop in The Casbah. Mohamed and his (un)equally famous brother, Omar Racim, worked in the workshop and there they learn the bases of their art. END_OF_DOCUMENT_TOKEN_TO_BE_REPLACED

Athmane Ariouat was born in M’doukal, Batna. At the age of 10, his family moved to Algiers where he studied at the Conservatoire d’art dramatique d’Alger between 1969 and 1972. He also took Arabic theatre courses under Mustapha Kasdarli’s supervision. The rest of his biography can be found on Wikipedia (Ar, Fr) or in this video. END_OF_DOCUMENT_TOKEN_TO_BE_REPLACED 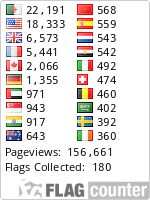